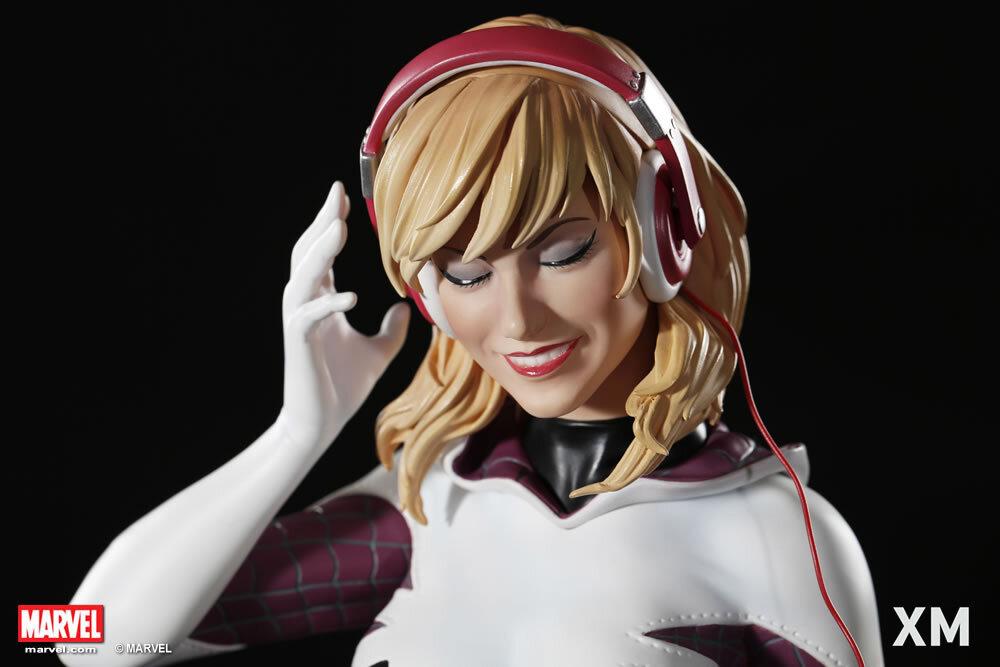 Spider-Gwen is a variant of Spider-Man and an alternate-universe version of Gwen Stacy. She resides in what Marvel dubs Earth-65, where Gwen Stacy is bitten by a radioactive spider and becomes a superheroine instead of Peter Parker becoming Spider-Man. In her regular life, she began a relationship with Peter Parker and formed a friend group with the former and ostracized new student Harry Osborn, who is later revealed to have had a crush on her. Meanwhile, Peter began his infatuation with Spider-Woman- without knowing that she is secretly his best friend Gwen Stacy. The bullying Peter suffered got worse and worse, and eventually he creates a formula that turns him into a lizard mutant. On prom night, after he is being bullied yet again, he injects himself with the formula and transforms, going crazy. Gwen Stacy then dons her Spider-Woman costume and fights Peter, defeating him, but she accidentally pushes him too hard and kills him. Peter regresses to his human form in Gwen's arms, telling her he just wanted to "be special" like her and prompting her to realize what she has done. She then runs from the scene, creating the public misconception that Spider-Woman has murdered Peter Parker and is a menace to society and setting up the scene for Spider-Gwen.