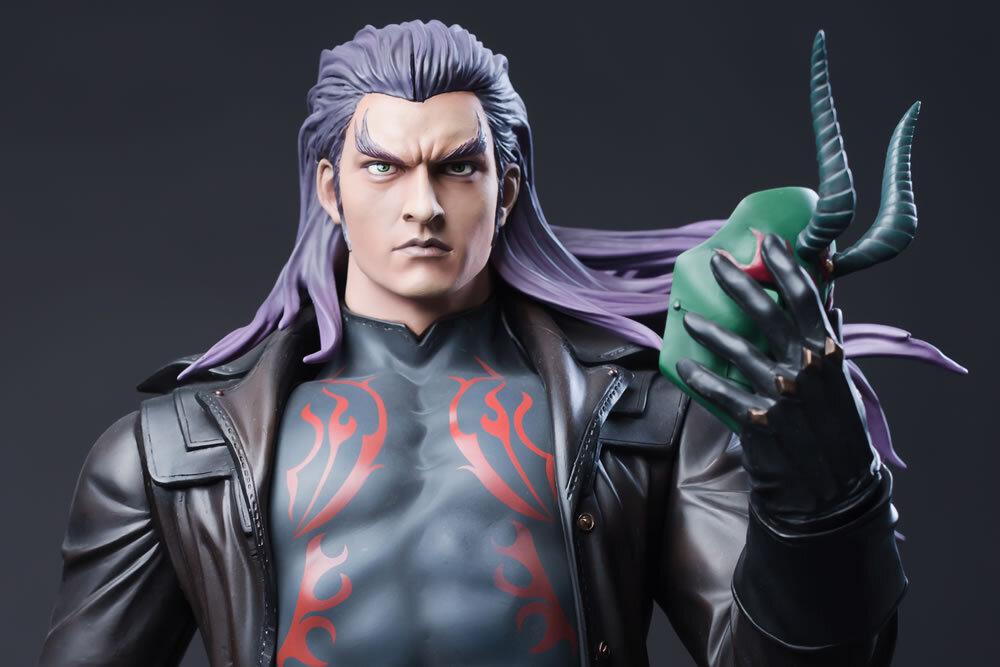 Leaping from the pages of Hong Kong's famous Cartoonist Tony Wong comic book "The New Dragon Tiger Gate", comes one of the most iconic villain character - Shibumi! As the main archenemy of Dragon Tiger Gate heroes, this powerful villain's martial arts is believed to be highest in the comics currently. He is the leader of Japan's largest organized crime sect "Evil Ghost" and believed to be the reincarnation of Evil Ghost himself. Shibumi was not born evil and domineering. Under the mask he is a man full of love and hatred. Even under constant pressure by his foster father, he is still unwilling to kill his biological father. His love for his cousin Jade is rather confusing too.  He is loved by the comics fans as one of the most legendary villains of all time.